Yesterday I was in a Not Very Good Mood. I woke up in a Not Very Good Mood, which wasn’t improved when I couldn’t figure out what to wear even though I needed to put some clothes on in a hurry if I wasn’t going to be late for work or ride through the streets of Cape Town in my underwear. To top it all, it was Monday and nothing interesting was happening.

So when lunchtime rolled around, I picked up my Not Very Good Mood and took it for a walk. I hoped that if I fed and walked my mood, it might unNot itself and all would be well. It was a perfect day. Sunny, but not hot. Breezy, but not gusting. The roses were in full bloom. The children were feeding squirrels. The tourists were taking photos. I plodded past them like Eeyore on ineffective antidepressants.

As I trudged down Long Street, something caught my eye on the opposite side of the road.

Typical. Just as I try to photograph something a car drives past and covers it up.

Here it is again: 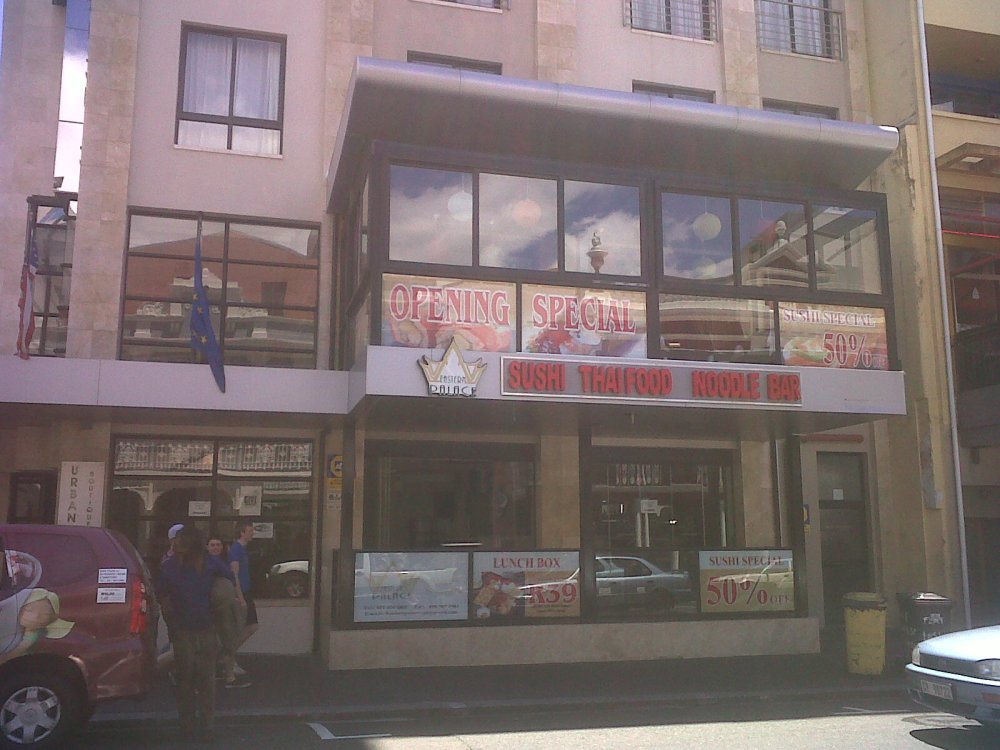 With slightly lifted spirits, I scurried across the road, through the revolving doors, into the wrong restaurant, back out again, up the stairs and into the Eastern Palace Sushi Thaifood Noodle Bar. Whereupon my spirits sat back down, crossed their arms and pouted.

A scene from Dante’s Third Circle of Hell: Melancholic Sushi-Eaters Stuck In An Eternal Lunch Hour

It was too late to retreat as a waitress had already spotted me and ushered me into a seat at the sushi bar. On examination of the flyer, the R39 lunch box was about as exciting as something they’d serve in a school cafeteria in Blackpool, and the seared tuna option wasn’t available. Without daring to examine the rotating sushi too closely, I opted for that instead.

Usually I am an economical sushi eater for the simple reason that sushi makes me feel full. One eight-piece roll and I’m done. However, it took three plates of four pieces each before I gave up yesterday. Not that I was replete. Rather, I realised that eating a small bowl of Tastic sprinkled with wasabi, ginger and soy sauce would have been tastier and more satisfying. It would almost certainly have been cheaper too.

Sad Stack: At R45, my three plates of sushi weren’t even worth the half-price price.

The moral of the story: If you’re in a Not Very Good Mood, don’t try to get out of it with half-price sushi. 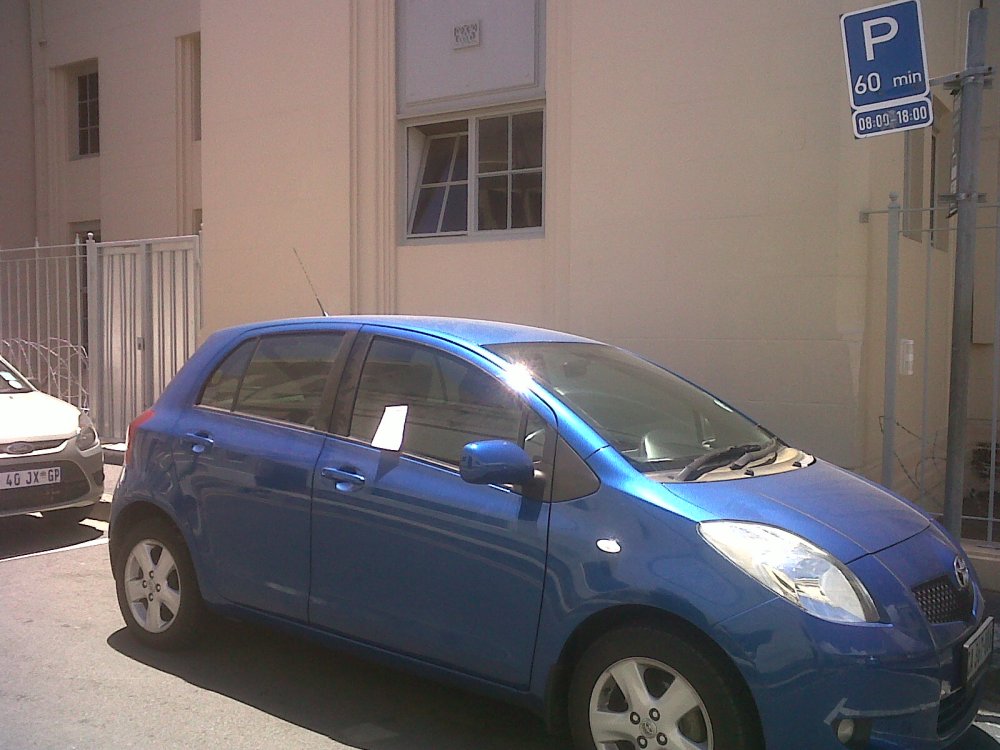 On the bright side, at least this wasn’t my car.